Showing posts from November, 2006
Show all

Så Jävla Metal (translates into So Fucking Metal) is a documentary about Swedish Hard Rock and Metal. The film tells the history of the genres birth and development in Sweden, from the late sixties/early seventies up until now. The film is being produced by Stealing Shots Film and is directed by Yasin Hillborg, who has directed music videos for ENTOMBED and LITHIUM amongst others.

The film will feature the most influential bands and artists, within the genre, in Sweden. In addition there will be a number of international artists who will give their views on Swedish Metal.

"We have come half-way through shooting", says Yasin. "We have done a bunch of great interviews and we will reveal the truth of matters that have been under the surface for far too long."
The film is scheduled for release in spring of 2007.

In the meantime more information can be obtained at www.sajavlametal.com where it also is possible to write …
1 comment
Leer más »

We also shot a music video for one of the songs. The song will be on a Finnish movie, Vares 2, which will have it's premiere January 12th 2007. The song is a main theme and can be heard when the credits are scrolling at the end of the movie.

The music video will included clips from the movie. Some of the actors who are playing the characters on these clips are my personal friends and are very well known in Finland.

That's all for now.

"DreamScapesAxis" or " The Axis" is the secret project the Wachowski's were once considering until they were pressured by Warner Bros to do Speed Racer.

However, all hope is not lost, "DreamScapesAxis" is a likely candidate for the Wachowski's next project. According to Scooper Patricia, the Screenplay is supposedly being re-written and is claimed to surpass the Matrix in terms of ingenuity and is highy sought after. However, the Writer explicitly wants only the Wachowski/Silver team to develop it.

The biggest DVD set ever created?

Next year EzyDVD will release a collection of the legendary Aussie female prison drama "Prisoner: Cell Block H" which ran for eight years. All 692 episodes of the series will be released on a 179-disc set for approximately $1600 Australian dollars. Ouch, talk about shelf space.

[MP3] Blind Guardian (on "The Unit") - Snake Of Destruction 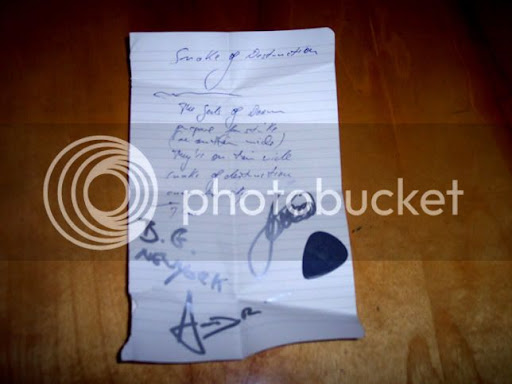 vocalist Hansi Kürsch and Olbrich stopped by the Revolver Magazine offices in August to record an impromptu song in two hours. To hear their resulting 40-second opus, go to http://www.revolvermag.com/theunit/index.html and scrolll down to "Click below to hear the entire song!" Additional information is available on page 44 in the current issue of Revolver.

In honor of Blind Guardian's Adventures of 'The Unit' feature, Nuclear Blast USA is giving away Hansi's handwritten autographed lyrics and André's guitar pick used in the creation of the 'Snake Of Destruction' MP3.

For more information on how to enter the contest, go to this location. el sorteo es solo pa yankilandia
3 comments
Leer más »

During the press day for the comedy "Unaccompanied Minors", producer Lauren Shuler Donner sat down to talk with IESB about the film and the various comic book sequels she's involved in:

Wolverine
In regards to talk of Bryan Singer possibly helming the "Wolverine" film, she says "I would love it. We would love nothing more than to have Bryan do Wolverine, but Bryan is developing the sequel to Superman so I don't know, it depends on scheduling, but nothing would please all of us more". They hope to do the "Wolverine" project in the fall with the script now ready to go and the project out to directors.

Magneto
"Magneto" is still moving too = "We have a really great script, we have a director that is interested and he'll do a rewrite on the script".

Gambit
Will we ever see Gambit? "I think we would weave Gambit within our story, it wouldn't be "The Gambit Movie&quo…
1 comment
Leer más »

WASHINGTON (Reuters) - Suns that exploded 9 billion years ago have helped prove that a mysterious force called dark energy was pushing the universe apart even back then, scientists reported on Thursday.

They still do not understand dark energy -- which appears to be everywhere, pushing everything apart with its repulsive power. But now they may be on the right track.

"We think this is a significant clue in the quest to understand what is probably one of the most, if not the most, pressing questions in physics," said astrophysicist Adam Riess of Johns Hopkins University and NASA's Space Telescope Institute.

And their findings, made with the help of the orbiting Hubble Space Telescope, suggest that Albert Einstein was right yet again when he predicted that an energy force, which he called t…
Post a Comment
Leer más » 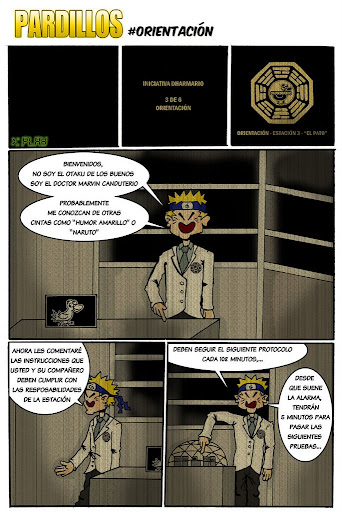 yo kero ir a un games in concert desosss XD


Lord Of The Rings

The pair -- living chastely together at the zoo in the northern city of Chiang Mai since arriving from China in 2003 -- would be separated in December, but stay close enough for occasional glimpses of each other, said panda project chief Prasertsak Buntrakoonpoontawee.

"They don't know how to mate so we need to show the male how, through videos," Prasertsak told Reuters.

He said Chuang Chuang, the six-year-old male, would be shown the videos on a large screen when he might be feeling amorous.

"Be a director yourself - and win loads of money!

In cooperation with the online platform MusiTag, HAMMERFALL want YOU to create a new video for one of their songs. The contests runs until November 25th and the best clip gets rewarded with 1.000 Euros!

Just follow this link to get more info and instructions.

Basil Poledouris Sits by Crom's Side. R.I.P. To Greatest Composer

Conan does not cry so the world shall cry for him. "Conan the Barbarian" famed composer and conductor Basil Poledouris lost his battle with cancer. Basil, the man who gave us the very best Arnold soundtrack EVER and possibly one of the top three in cinema history, has died. <- el 8 de noviembre, miercoles, a los 61 años

Let us all put on his epic soundtrack tonight and remember the legend of Basil Poledouris!

THUNDERSTONE In Contention To Represent Finland At 2007 Eurovision Song Contest

"Thunderstone has been confirmed as one of the twelve artists competing for the Finnish slot at the 2007 Eurovision Song Contest!

A posting at the Eurovision site (www.yle.fi) reads:

YLE has invited 12 artists to compete for the honour of representing Finland in the Eurovision Song Contest to be held in Helsinki in 2007.

Finland's national selection will culminate in the final to be held at the Caribia Spa Hotel in Turku on Saturday February 17 ...

YLE will be hosting the 52nd Eurovision Song Contest in Helsinki, the semi-final on May 10 and the final on May 12, 2007.