Showing posts from March, 2007
Show all

...it's been a while since you've had some news from the band and since there's been a lot of questions asked by many, we thought the time is right to give you an update from the Gamma Ray Camp.

About the DVD: the current status is that everything is ready so far, except for the 'Home Video' part of the Bonus section. We have made our way through quite a bit of tapes,CD's,DVD's etc., filmed by ourselves, friends, fans, crew and so on and there's a lot of material that had to be converted, cut and edited. Yesterday I spoke to the video company and they told me that it was on ice for two weeks because they had two other shootings to do, but we should get a viewing copy by the end of the week....let's see.This thing seems to be turning into a never ending story...sh*t, we just want t…
4 comments
Leer más »

CELLADOR guitarist Bill Hudson has posted the following at the band's MySpace page:

"Yes, technology has gotten to me. After procrastinating for so long, I'm finally starting to teach guitar online! For more than 10 years I've taught students both in Brazil and the USA, and had to deal with problems such as:

- Being on tour (which makes it harder for students to progress due to extended periods of time with no lessons),

- Not being able to teach interested people who live outside of my immediate area (let's face it: living in midwest USA or BRAZIL doesn't help the cause),

- Weather conditions (who wants to leave their house on a below zero temperature?), etc.

Honestly, the idea of online lessons always seemed weird to me, until I saw a good friend teaching. I realized that with an internet connection, a computer and a webcam almost anything is possible and the problems mentioned above can be solved. In fact, in my opinion, it'…
Post a Comment
Leer más »

Traducido de Where do bullets go when guns are fired straight up into the air?
1 comment
Leer más »

The limited edition remasters of Japan's finest metal export. Next to Helloween and Maiden, X are my fav 80's metal band by far. These editions are rare, so enjoy

Plot Outline:
In a countryside town bordering on a magical land, a young man makes a promise to his beloved that he'll retrieve a fallen star by venturing into the magical realm.

yo no llamaria a esto SPOILER, pero por si acaso.. 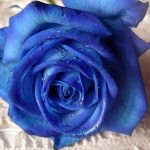 Toshi: "Our new project is about to start soon"

I had a chance to visit Los Angeles, U.S. for several days recently.
I met an old friend of mine at his recording studio during my stay. <- kien sera?XD (yoshiki)

I visited the studio after 10 years, it was much bigger than before,
and to my suprise, its facilities and recording machineries were much more gorgeous.
Maybe one of the top quality recording studios ever!
I was glad it was just like him.

I heard a song created by my friend at the world best studio.
We had a common friend who died almost 10 years ago (hide),
and the song came out of the sorrow, heartache and despair from the experience.
He said he made it at one sitting a few days after the friend's death. (se referirá a la cancion Without You)

It was such an authentic ballad of his favorite style,
with sad and ephemeral introduction by the pian…
Post a Comment
Leer más »

Lost 3x13 "The man from Tallahassee":

Heavy Metal "A Comfort For The Bright Child"

The following report is courtesy of: Nic Fleming from Telegraph.co.uk:

Intelligent teenagers often listen to heavy metal music to cope with the pressures associated with being talented, according to research.

The results of a study of more than 1,000 of the brightest five per cent of young people will come as relief to parents whose offspring, usually long-haired, are devotees of IRON MAIDEN, AC/DC and their musical descendants.

Researchers found that, far from being a sign of delinquency and poor academic ability, many adolescent "metalheads" are extremely bright and often use the music to help them deal with the stresses and strains of being gifted social outsiders.

Stuart Cadwallader, a psychologist at the University of Warwick, will present the findings at the British Psychological Society conference in York today.

He said: "There is a perception of gifted and talented students as being i…
Post a Comment
Leer más »

STEEL ATTACK's new video for the song 'Invisible God' is now available for streaming at the band's official MySpace page. Go to this location to check it out.